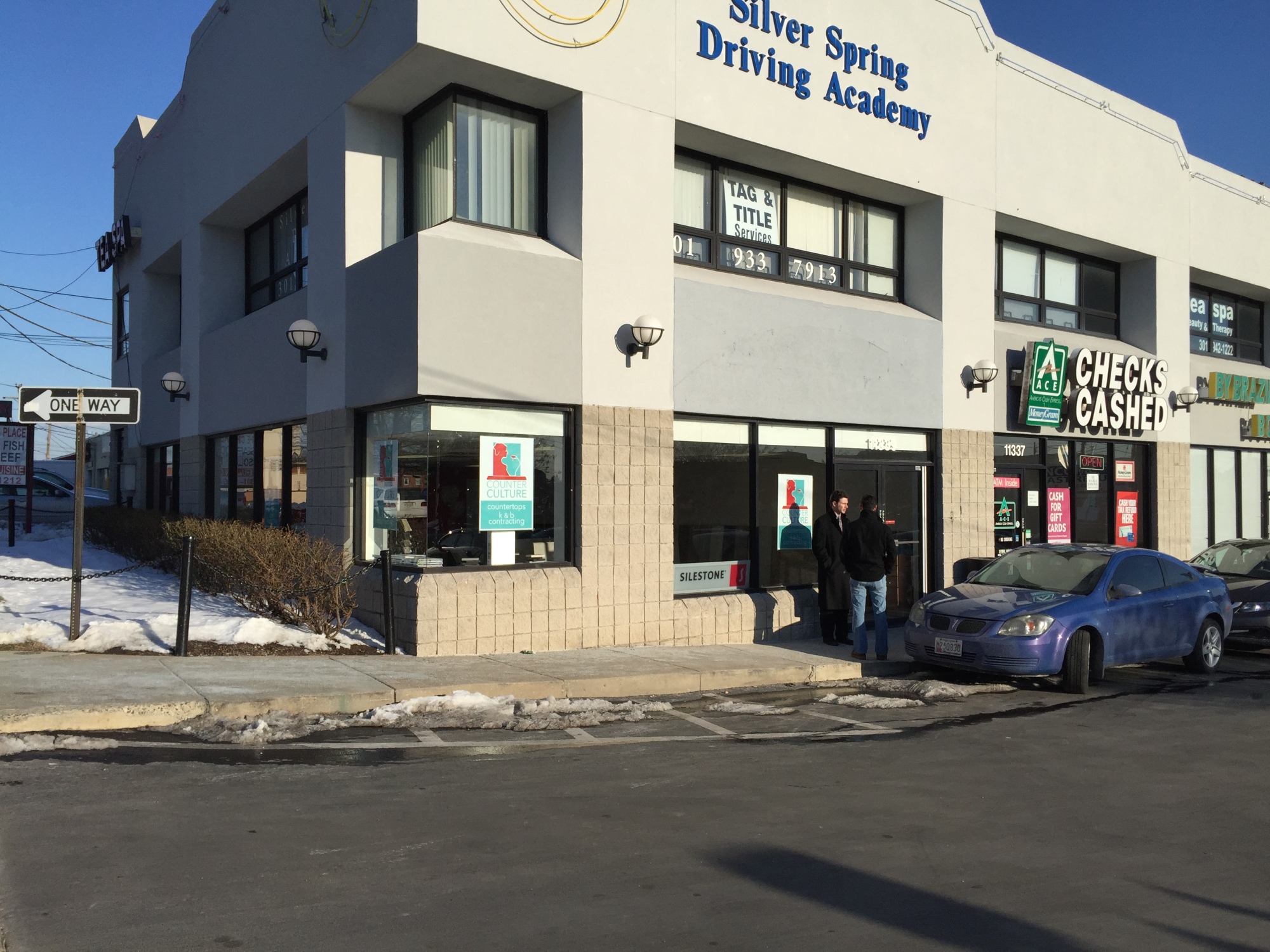 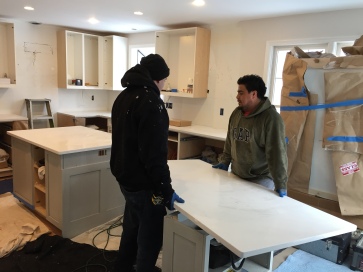 That’s why the shocking discovery last week that the company that was supposed to purchase and cut the counter tops for us had vanished was a double whammy. After posting on Facebook about it, I learned from a friend who is in the kitchen business that it had only become known a week earlier that Counter Intelligence was going out of business. 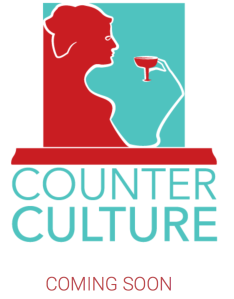 The next morning, I received a surprising call. A man introduced himself as Ted H., “the CEO of Kitchen Systems, Inc.” and proprietor of the new trade name, Counter Culture.  He said his company had taken all orders from CI since January [inconspicuously, I might add]. He assured me that–while my slabs weren’t actually in Maryland right now–they had been purchased and a shop in New Jersey would cut them.

So much for the idea of picking them up and having them cut by another stone seller.

I wasn’t sure whether or not to trust the guy. Neither he nor his company showed up in any business registers or trade license rosters. But if I ordered from another company now, I’d start over and would have to be without a kitchen for a few weeks longer.

Half an hour later, the friendly saleswoman from Counter Culture called me from her personal cell phone. She explained that they would actually start working in a new location on Georgia Ave and University Boulevard the next day. 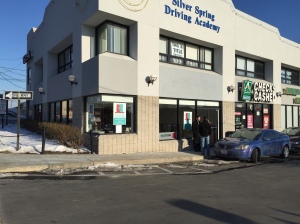 Friday afternoon I drove by there. There was an actual showroom in the making. Next, a guy with some amazing computer equipment was sent ad-hoc and spent almost 2 hours measuring my kitchen. — I decided to trust the new CEO who had since called again and fielded my questions. According to him, all the staff they took with them was formerly from CI. The old company folded because, according to Ted, it never owned the property it operated on. In anticipation of the Purple Line, the huge lot in a mainly industrial neighborhood suddenly had become prime real estate, and the lease was no longer affordable. (Brookville Road in Silver Spring is a main road near one of the future light rail Metro stations.) 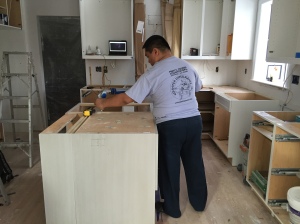 So it all came down to real estate. I’m glad I had trusted Ted. Today is another snow day in DC, and while the schools, the government and many businesses all have closed down, a couple of awesome guys showed up, carried the 250-pound counter pieces up my snowy stairs and installed them. 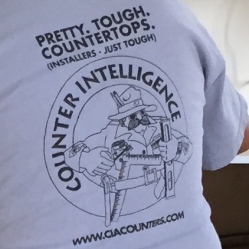 While I’m still not entirely sure it’s a kosher business practice to procure business from customers who think they’re dealing with someone else, I’m also thrilled that the apparent heirs handled a difficult situation with such great effort and diligence. They literally delivered, and I would do business with them again.

(For a slideshow with pictures of the project from the beginning, click here.)

4 thoughts on “The Kitchen Timer, Day 39 — The Heroic Perseverance Of Counter Culture”